We're All Learning – How to Best Represent LGBTQ Students

School, whether it be elementary, secondary or postsecondary, can be fraught with social pressures. Self expression and self discovery while usually things to be celebrated, can intersect in sometimes painful ways. Although the fight for queer and trans rights continues in public and government arenas, students are continuing to struggle to find safe space and equal voices on campuses everywhere.

School is where we learn about society—we learn how to navigate through social structures, and we learn where we fit into those structures. We also frequently learn to mistrust structures that don’t hold space for us. Early interactions with friends and adults, such as teachers and counsellors, educate us about what is acceptable and what is not. They also inform us on how our identities will be responded to as we leave school and enter adulthood. As kids move through their school years, their experiences in the classroom and hallways reflect what they can expect in the “real” world.

It is vital that queer, questioning and trans youth are treated with respect and welcoming inclusion, but schools falter. Every time a transphobic voice is given platform on a school campus—fully understanding that freedom of speech is a vital part of a democratic society—the presence and encouragement of that voice is undeniably harmful to transitioning, queer or questioning students.

So how do we counter this? The answer is dedicated, and vocal efforts to become more inclusive.

Salway researches health inequities that are caused by stigma, and has worked with sexual minorities for almost two decades. He has seen first-hand the effects that early negative and discriminatory experiences can have on the adult lives of queer and trans people.

Queer-supportive policies, along with the allowance of GSA Gender-Sexuality Alliance clubs (GSAs, also referred to as: queer-straight alliance, and gay-straight alliance) can have a powerfully positive effect on all levels of educational institutions. “Schools that implement those, over time, see a reduction in thoughts of suicide and suicidal ideation in their queer and trans students,” Salway says. “We know that those interventions are really effective and really needed when we talk about primary and secondary schools.”

The reason GSAs and other queer-affirming school clubs are so successful at supporting youth, is the connection they create among students—these clubs send the message that, no, you are not alone in your queerness. Physical safe spaces are a vital part of this. A safe place is where a questioning youth can go to feel like they belong somewhere, and feel like they have a community.

Proactive Rather Than Reactive 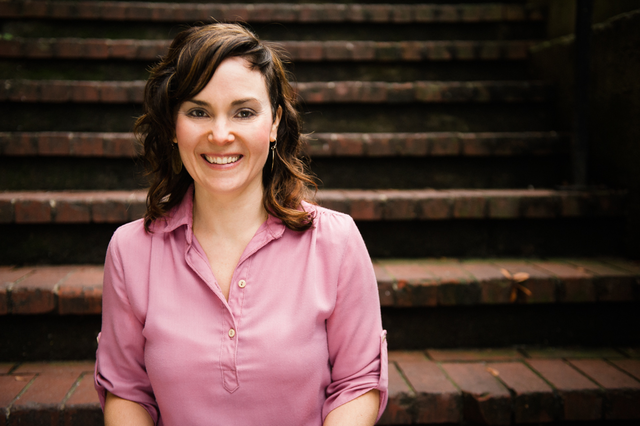 “They need that hub, that connection point,” says Colette Mrazek, a registered clinical counselor who has spent the majority of her career working with LGBTQ+ students and youth. She goes on to say––

“The approach right now tends to be quite reactive. If there’s a child in a school who’s transitioning, then the education comes in after. Often that’s initiated through the parents, through the PAC [parent advisory] committee. I just think the whole system needs to be proactive,”

She suggests that, in order to truly affect change in our sluggish school systems, education around sensitivity and diversity should begin early.

“There’s just so much that you can do for kids. In [grades] ‘K’ to three, the majority of the curriculum should be emotional, social stuff [...] Mental health, emotions, diversity, different families, ethnicities, sexual orientations[…] we want to start that young, it should be in daycares and preschools. But then of course that [staff] training has to be there, and there has to be support and buy-in from parents, that’s where we see a lot of the discrimination. Even just getting sex education in the schools can make some parents really uncomfortable.”

An undeniable roadblock to the advancement of queer and trans acceptance in schools is often parents, notes Salway. As progressive as a PAC may be, a single dissenting or homophobic parent can derail the process of introducing queer-affirming support and policy to a school. This can lead to tragic outcomes for young people.

“It’s one thing if that child has access to a GSA at their school, but it’s even better if their parents can go to, for instance, PFLAG [Parents Families and Friends of Lesbians and Gays] groups, or another support group.

“If they don’t have access to supportive services, that sends the message that it isn’t possible to be happy, healthy, out as a gay or trans person, then conversion therapy looks like a reasonable option. It’s like, what do we do to just get rid of this unwanted same sex attraction or unwanted gender ‘dysphoria’?”

Salway has done extensive research around conversion therapy in Canada, and has studied the effects it has on queer and trans youth, effects such as––self-hatred, self-doubt, anxiety, depression, and suicide.

To help prevent or reduce the negative consequences of being a queer person in school, it’s important for adults to inform themselves on how best to support them. Mrazek states that, to a certain extent, everyone needs diversity training around awareness, and how to recognize and address their own biases. Of course, therein lies the problem––parents can’t be forced to partake in sensitivity training.

“That’s a process that someone has to choose to enter into. [...] You have to see there’s a problem, you have to see there’s a motivation. How do you make it personal enough to motivate someone? Certain PAC committees will do a really good job, but so much of it depends on who is involved. That stuff is voluntary. It’s really the motivated parents who choose to get involved and get educated. Not everyone’s always thinking thoughtfully about what they share with their kids.”

Restorative justice is one way that apathy towards trans and queer student issues is being addressed in schools.

In this model, students, teachers and families are involved in a process of mutual healing, rather than a punitive model that might suspend a bully, but offers no opportunity for growth. Based on a “relational” approach to education, restorative justice focuses on the importance of building relationships within a community, and fostering mutual respect and dignity for all parties.

“In restorative justice models, people are hearing the impact from the victim,” Mrazek says. “We need to be listening. We need to be understanding each other. We need to see how that helps.”

Positive role models are an essential part of the equation. Peer and parental support are important, but the presence of a consistent, successful adult who has walked a similar path as them can be invaluable, especially to a person who doesn’t have much support elsewhere.

According to the Ontario Mentoring Coalition, which works to help connect mentors with at-risk youth, “When people build meaningful connections with mentors, they gain protective factors and limit risk factors.” Whether it be a school counsellor or a formally appointed mentor, this adult can show a queer or trans youth that, yes, there is life after high school, yes, there are adults who live freely and openly, and yes, as per Dan Savage, it does get better.

At the university level, it’s important for queer and trans students to know from the get-go that they are welcome, and that there is no question about school being a safe space for them. Starting at a new school can be frightening for a trans or queer student. They may be concerned that if they speak out, or are open about who they are, they may face negativity and even hatred from students, teachers, or other school staff.

Salway emphasizes that schools need to be vocal about their responses to discrimination.

“The first thing that has to be done is, rather than assume that people are comfortable, we have to make it known that they’re welcome, and we have to let them know what we will do when we hear or see transphobic or homophobic language.”

A simple way to communicate acceptance at the classroom level is to have teachers introduce themselves with their preferred pronouns in class.

“That sounds like a small task, but that’s a really significant signifier to trans people, that we respect the pronouns they use, and we’re interested in hearing them so that we can not misgender them. [...] If you’re not sure that you’re welcome in a school, if you’re not sure it’s a place for you, then you’re not going to pursue education,[and] That becomes a barrier to achieving other things in our lives, and to our health and wellbeing.”

When individuals like Meghan Murphy, and similar speakers are given platforms in places of learning, and openly promote trans and homophobic ideas, vulnerable students question their safety. Educational institutions need to be proactive, rather than reactive, in their efforts to create supportive and welcoming spaces for students––all students.

To see Colette Mrazek in her practice, or other professionals who may be able to offer LGBTQ+ specific support to parents, teachers, and students check out Which Doctor.

Am I Addicted to Social Media? Yeah, probably. Here’s why–– I am writing and researching an article about social media addiction, meanwhile, unrelated to my research, I have Facebook, YouTube, and Instagram open in my tabs, and I’m regularly checking them—you know, just in case I need quick access to ...

For families with disabled children in particular, dogs can be a lifeline—helping kids and their parents cope with a range of both mental and physical conditions. A child with autism who's having problems communicating, a diabetic who needs to be alerted to when his blood sugar drops, or a visually-impaired teenager who just wants the freedom to walk somewhere without her parents—they can all benefit from a dog trained to support their particular disability and needs.

The word “psychedelic” comes from the Greek word meaning “mind-manifesting.” In Sanskrit, mind-manifesting compounds were referred to as “Soma,”. Ancient Greeks would make and imbibe a fungal tea with connections to psychedelics during the Festival of Dionysus.

Stressed about deadlines? Worrying about bills? Family conflicts keeping you up at night? Anxiety is an unfortunate part of everyday life. For most of us it's short-lived, but for others acute anxiety can trigger an intense long-lasting spiral into uncontrollable fear and panic. Up to one in four adults has ...